08 Apr Wake Up and Smell the Coffee

Posted at 12:18h in Blog by Robert Francis James 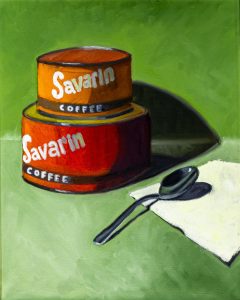 But one new show passes her sniff test.

Now at the Prado, the show makes use of The Sense of Smell, a 17th-century painting by Jan Brueghel the Elder and Peter Paul Rubens, to grab viewers by the nose.

The 1618 painting, one of a series the two artists devoted to the senses, depicts Venus and Cupid, surrounded by flowers and perfume-making gear.

The Prado hired a Spanish perfumer, Puig, to create 10 custom scents and load them into diffusers that it deployed around the gallery where The Sense of Smell is on display.

Viewers can activate the dispensers by touch screen.

Viewers can also push a button to spray the gallery with the scent of a civet, a relative of the the mongoose. Its musk was used in 17th century to anchor perfume to the skin. “The exhibition promises to be memorable, not just for the beauty of the painting or the novelty of the perfumed accompaniment,” Sharp says, “but because science has shown that olfactory input is an incredibly strong aspect of memory formation, and less prone to corruption than visual or auditory memory.”

To prove it, if you buy my painting Morning in America, I’ll throw in a pound of gourmet coffee.

You can brew up a pot.